After coming from a third place podium at the VP Racing Fuels big buck, I went to the inaugural CST Camp Coker Bullet GNCC with high anticipation. Ten Polaris Ace’s lined up waiting for Ricky Towery to give us the green flag to go GNCC Racing. This season I have been grateful to take my Factory Polaris Ace through the finish line each round this year. Racer Tech keeps my machine in tip-top shape so I can run the wheels off her.  I started in fifth place and maintained this position to the finish. 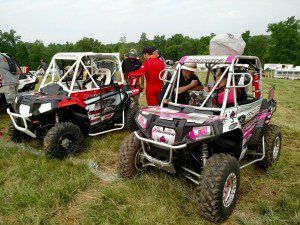 The Wiseco John Penton, May 28

After a week of battling illness, I made the drive to Ohio knowing I wasn’t at 100%. I really wanted to stay home in bed, but the doctor had called in medicine and I was off to Sunday Creek to race my Racer Tech Polaris Ace.  The John Penton has always been one of my favorite tracks on the GNCC circuit. I have been begging the guys at Racer Tech to give me more go juice so the top guys in the Single Seat class would stop pulling away from me from the beginning. Bikeman Performance came through with a Bulldog Programmer and clutch kit, creating an expert formula to get my Polaris Ace going.

On the starting line we had eleven entries in the Single Seat Class. Its great to see this class catching on so quickly, last year we had eight entries. The green flag dropped and we were off.  I ran onto the front fender and wheel of defending champion Sam Yokley in the first turn. I let up on the throttle putting me into the woods in the fifth place position. The John Penton is unique because of the motocross track. This allows spectators to see some racing action and the racers to make passes. We changed positions a lot throughout the race. The entire field swapped back and forth. I passed Sam Yokley at one point, him getting me back on the same lap. I used the motocross track to my advantage, taking risks by trying different lines. Before the table top I was coming in hot, hitting the rollers causing my back end to swap out. I slammed my head on the cage causing me to see stars. I shook it off and charged on. Trailing behind Robert Boynton on lap 6, I went wide in the doubles making the pass on him for the third place position. I was then riding behind Sam again, working our way through this fun course the track crew put together. Torey Rush was pulling away from the pack, holding a thirty-three second lead over the number one of Sam Yokely with two laps to go. Rush blew a belt in his Polaris Ace giving Yokley, who ran into trouble when he decided to cartwheel his Ace, the lead. This put me in the second place position, lighting a fire in me. With the white flag out and Yokley in my sights I charged forward. I caught him as we went into the woods. As we came out of the woods, having the motocross track between us and the finish we battled. I knew I had a short amount of time to make my move. We had every spectator on the edge of their seats. With a turn, a double, and another turn to the finish I tried to make my pass. I couldn’t get it done. We took the checkered with .828 of a second between us. It was great to be back on the box next to my Polaris Racer Tech teammate of Yokley.

That leads us UTV Racers to summer break until we come back in October for the Polaris Ace Powerline Park. 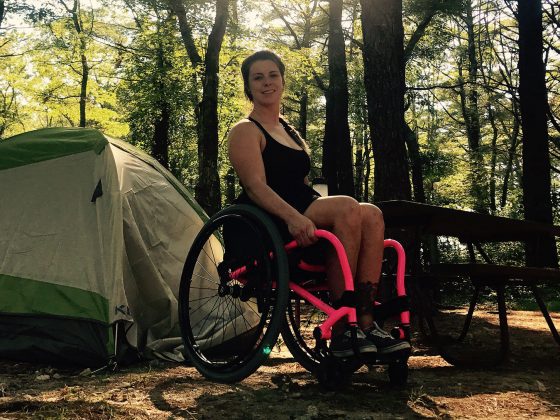 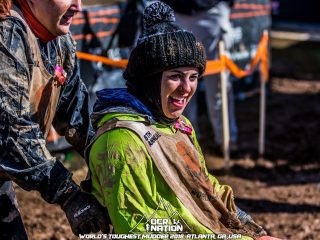 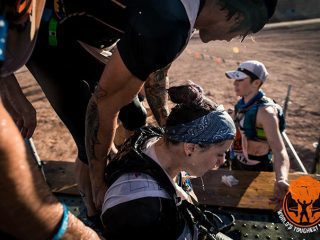 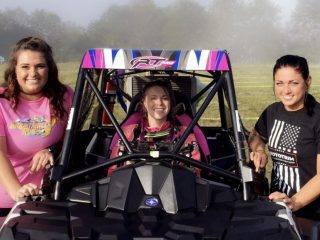 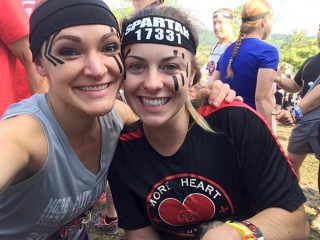